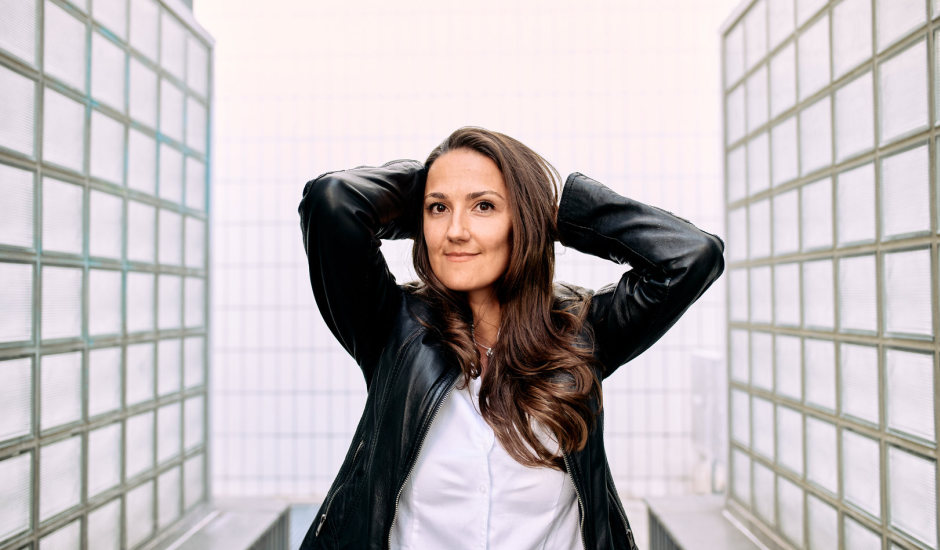 The soprano singer Marina Unruh was born in the south of Russia and grew up in Germany, close to Cologne.

Early on she received her training in singing with Prof. Thomas Heyer.
In addition to an acting training she attended master courses with KS Prof. Reinhard Leisenheimer.
Subsequently she studied singing and vocal pedagogy with Prof. Thomas Heyer at the conservatory of Music and Performing Arts in Frankfurt am Main.
Since 2013 she has been working as a freelance vocal artist.
In the concert area she performs works of Bach, Beethoven, Händel, Mozart and others.
With the Polish Chamber Orchestra she sang Beethoven’s 9th Symphony.
In autumn 2014 “Visiones” by Michele Sacco was performed first and the demanding part of the solosopran was composed for Marina Unruh.
On the opera stage she performed Pamina in “The Magic Flute”, Hannchen in “Die Opernprobe” such as the The Countess in “The Marriage of Figaro”.
In summer 2014 she sang Hanna Glawari in “The Merry Widow” by Franz Lehar.
In summer 2015 she played The Marshal (children's version)  in “The Knight of the Rose” by R. Strauss at the Opera House in Frankfurt.  Further she presented Norina in “Don Pasquale” by G. Donizetti.
In december 2015 she again performed at the Opera House in Frankfurt and was casted as the mother in the children’s version of “Hansel and Gretel”.
In late summer 2016 she took the part as a solosopran in “Corridos” by S. Contreras in the Beethovenhalle Bonn.
In addition to her singing activities she teaches a singing class in Frankfurt am Main and conducts singing workshops at the “Landesmusikakademie Hessen”.
Many of her students are studying at various conservatoires in Germany after passing successfully admission examination.